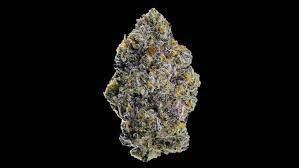 Gelato Mints, also known as “Gelato Mintz,” is an indica-dominant hybrid weed strain made by crossing Animal Mints with Gelato 41. This strain is believed to be more calming than energizing. Cannabis consumers who have smoked Gelato Mints tell us it produces a focused high that makes you feel uplifted, and aroused. In terms of flavor, this strain packs a minty punch with undertones of vanilla and chemicals. Gelato Mints is known to make your mouth dry after you smoke it so it’s important to hydrate while enjoying this strain. The dominant terpene of this strain is caryophyllene. The original breeder is Exotic Genetix. Strains similar to Gelato Mints include Blood Orange, Peaches and Cream, 3D, & Chisel.